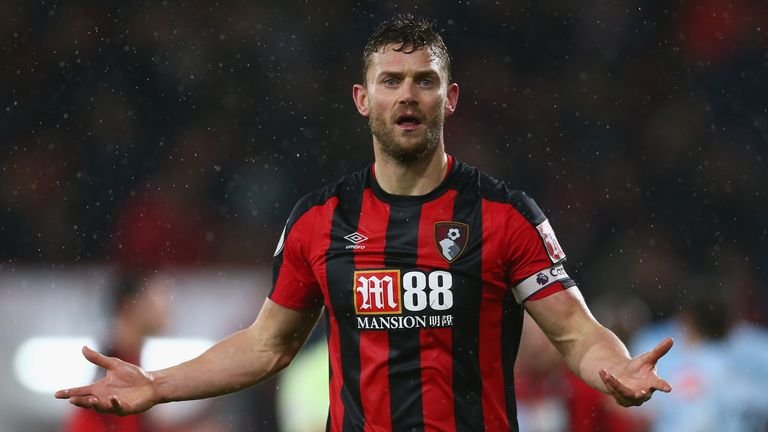 Skipper Simon Francis and vice-captain Andrew Surman have left relegated Bournemouth after being told they would not be offered new contracts.

Francis spent eight-and-a-half years on the south coast and his deputy Surman seven, both playing key roles in the club's rise to the Premier League and five-season stay among the big boys.

A statement released on the club's official website said: "AFC Bournemouth can confirm that club captain Simon Francis and vice-captain Andrew Surman will not be offered new contracts and have left the club.

"The long-serving pair, whose contracts expired at the end of July, have been an integral part of the club's rise up the football pyramid, culminating in a five-year stay in the Premier League.

"However, following the Cherries' relegation last month, it has been agreed that both players will be free to find new clubs, and the club wholeheartedly thanks them for their incredible commitment over the past decade."

Defender Francis, who played at both right-back and centre-half for the club, made 324 appearances and was appointed skipper during the summer of 2016.

Central midfielder Surman pulled on a Cherries shirt on 226 occasions and played every minute of every top-flight game during the 2015/16 campaign.

Bournemouth have confirmed that full-back Charlie Daniels, who is also out of contract, will train with the club in pre-season as he continues to work his way back from a dislocated knee.

Ramsdale, 22, joined Bournemouth from United in January 2017 in a deal that was worth around £1m.

Bournemouth rejected a bid in excess of £12m for Ramsdale earlier in August and the Blades have returned with an increased offer.