Job done for Man City, but how did the players rate at the Etihad on Friday evening? No prizes for identifying who rated lowest... 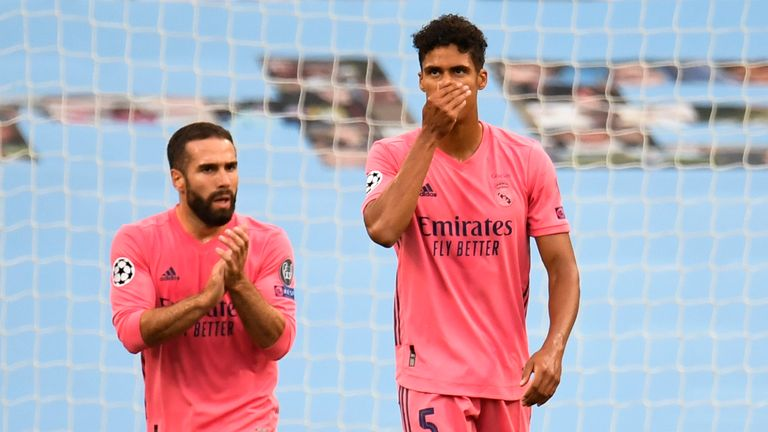 By City's defensive standards, Walker is Mr Dependable at right-back. If there's a criticism, it's that he could have got forward more. But all things considered his dependability and discipline was just what City needed on the night.

Not at his best. Laporte had already been turned too easily by Benzema for a shot which had to be parried away, before being caught out for Real's equaliser. Made partial amends with one vital break in the second half to deny Madrid's dangerman.

Typically neat and tidy in front of City's defence but his most meaningful contribution to the occasion was an atypical hoof forward which ended with Jesus' goal. Appeared not to realise the game was being played behind closed doors when he applauded the crowd while being subbed in the final minute.

Robbed Varane of possession for Sterling's goal but was otherwise anonymous on the left wing prior to a half-time tactical rejig. It was a switch which then paid instant dividends when Jesus, now back in the centre, was sufficiently sharp and skillful to fully capitalise on Varane's second error.

Not really his night. Positioned at kick-off as City's most northerly player but was at his brightest when dropping deep as an extra midfielder. Moved out wide after the interval but it was no surprise when he was the first City player to be subbed off.

Where to start? The dreadful, inexcusable error that gifted City their early goal or the weak header which handed Jesus his match-winning goal? And to think that Varane was supposed to be the calm head at the heart of Real's defence in the absence of Sergio Ramos. ทีเด็ดบอลเต็ง